Press Release on Celebration of National Day of Nepal

The Embassy of Nepal Canberra hosted a reception on the occasion of the National Day (Constitution Day) of Nepal on Wednesday, 18 September 2019 at Albert Hall in Canberra, Australia.

The Chief of Protocol of the Department of Foreign Affairs and Trade of Australia graced the occasion as the Chief Guest. While the Chair of the Nepal Australia Parliamentary Friendship Group, Hon. Mr. Peter Khalil (MP), and other Members of the Parliament, and senior officials of the Department of Foreign Affairs and Trade, representatives of various Australian ministries/departments and agencies, Heads of Diplomatic Missions based in Canberra and members of the diplomatic corps, Honorary Consul Generals, President of NRNA NCC Australia and members of the Nepali Diaspora were present on the occasion.

The Charge’ d’Affaires a.i. of the Embassy of Nepal, Ms. Durapada Sapkota, while delivering a welcome/special remark, highlighted the characteristics as well as new provisions introduced in the present constitution and also stated that the constitution is founded on the ideals of social justice, equality and non-discrimination. On the occasion, she remembered those who sacrificed their life and property and lost their loved ones in the fight for democracy. She mentioned that the promulgation of the new constitution in 2015 had not only brought political stability in the country but also offered Nepal an unprecedented opportunity to contribute in global forums and garner support for nation’s prosperity.

Ms. Sapkota informed that the present government led by The Rt. Hon. Prime Minister K P Sharma Oli had embraced a development model for a Prosperous Nepal Happy Nepali aiming to become a developing country by 2022- and a middle-income country by 2030, also meeting Sustainable Development Goals before 2030 and had dedicated its entire efforts towards achieving this national aspiration.

Similarly, Ms. Sapkota appreciated the Department of Foreign Affairs and Trade and peoples and Government of Australia for their partnership in the development endeavor of Nepal for long and requested for an increased amount of investment in the areas of hydropower, transport infrastructure, tourism, agriculture, mines and minerals and manufacturing.

In her remarks, Sapkota stressed on the ‘Visit Nepal 2020’ campaign and gave a clear message that Nepal is a must-visit destination by highlighting tourism products and activities of Nepal. She further mentioned that Nepal, which boasts Mt. Everest and Lumbini, has an abundance of natural beauty and much to offer to everyone. It has something for everybody be it mountain climbers, trekkers, adventure/natural beauty lovers historians and scholars.

Noting the significant role played by the thousands of Nepali diaspora including students in strengthening the friendly bond between Nepal and Australia, she mentioned that Nepali diaspora based in Australia, New Zealand and around the globe, had proved themselves as the true assets by making significant contribution to the development process of Nepal. She further stated that present government in Kathmandu had expected more engagement of its diaspora at this crucial phase of economic transformation.

She also thanked the true Australian friends of Nepal who had stuck with Nepal in difficult times such as the devastating earthquakes in 2015 and helped it through financial and infrastructural support and Honorary Consul Generals based in different cities of Australia for their extraordinary contribution in promoting Nepal’s national interest.

A group of Canberra based Nepali artists performed cultural parade in ethnic costumes. At the end of the formal segment of the event, Mr. Bobby Bajaram, an Australian friend of Nepal, while sharing his experience about Nepal talked about the Mt. Everest and Nepal’s natural beauty and also requested all guests to visit Nepal at least once. 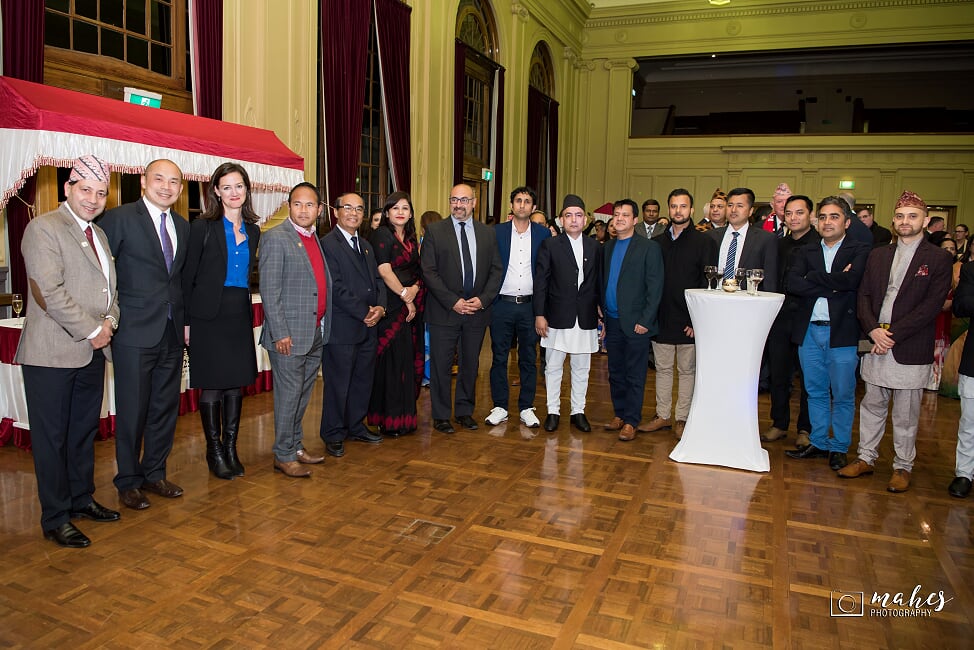 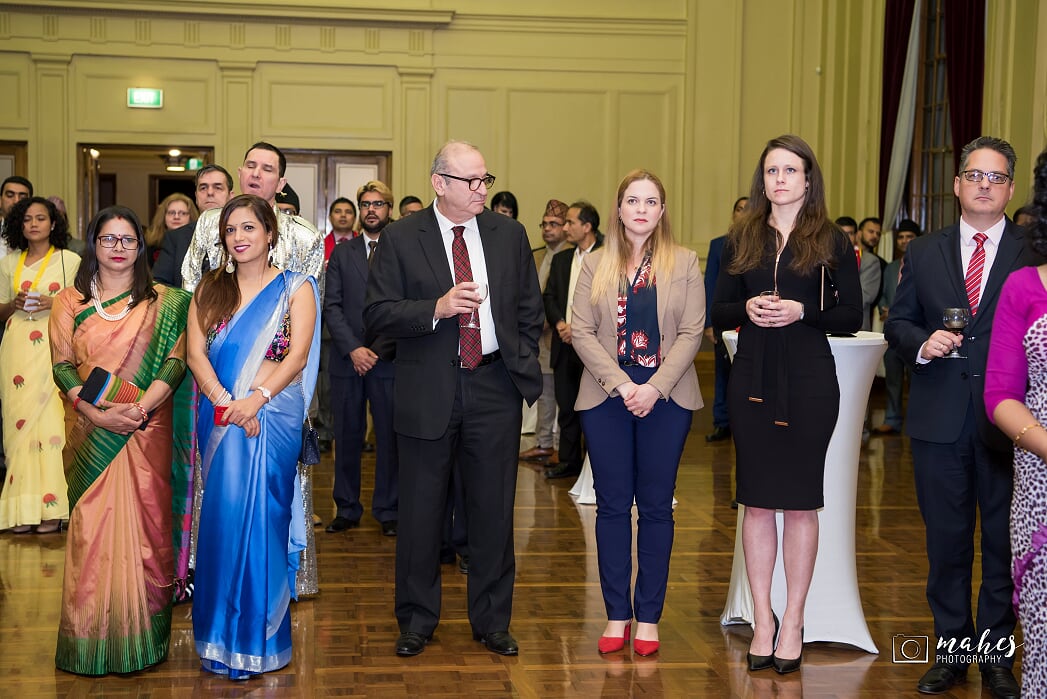 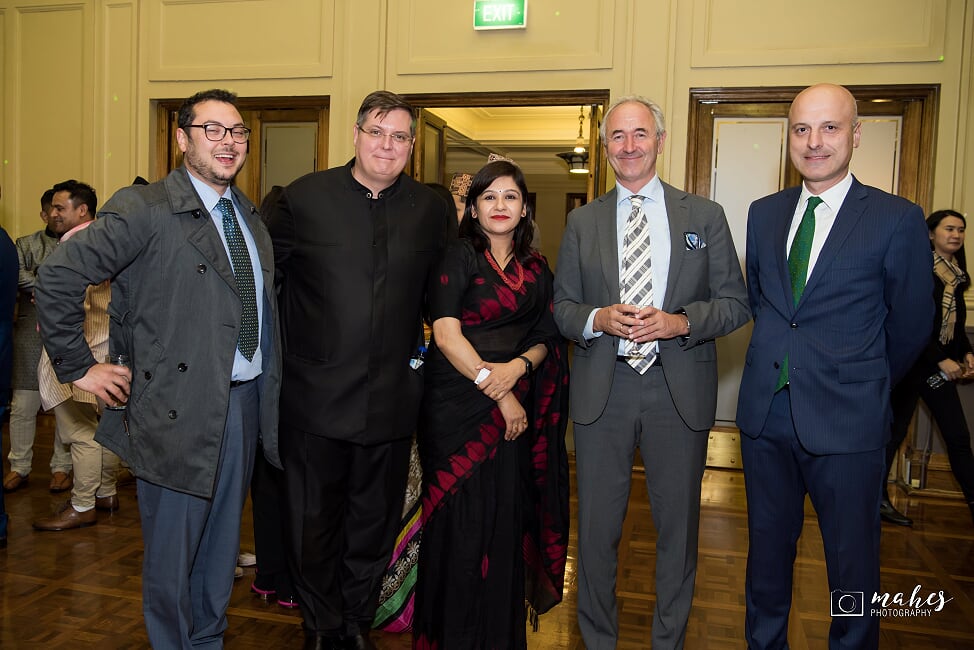 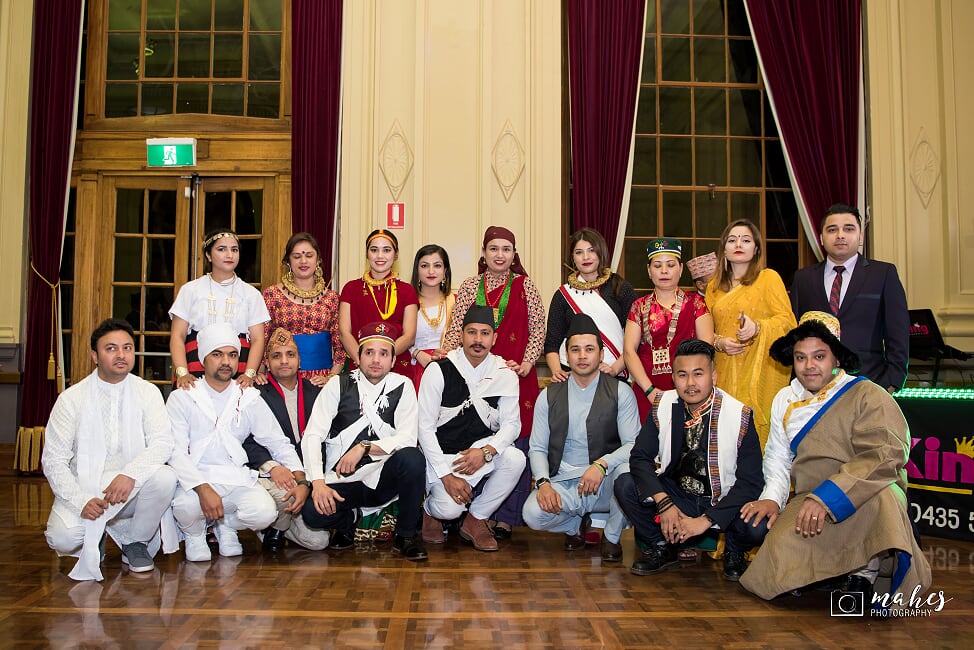